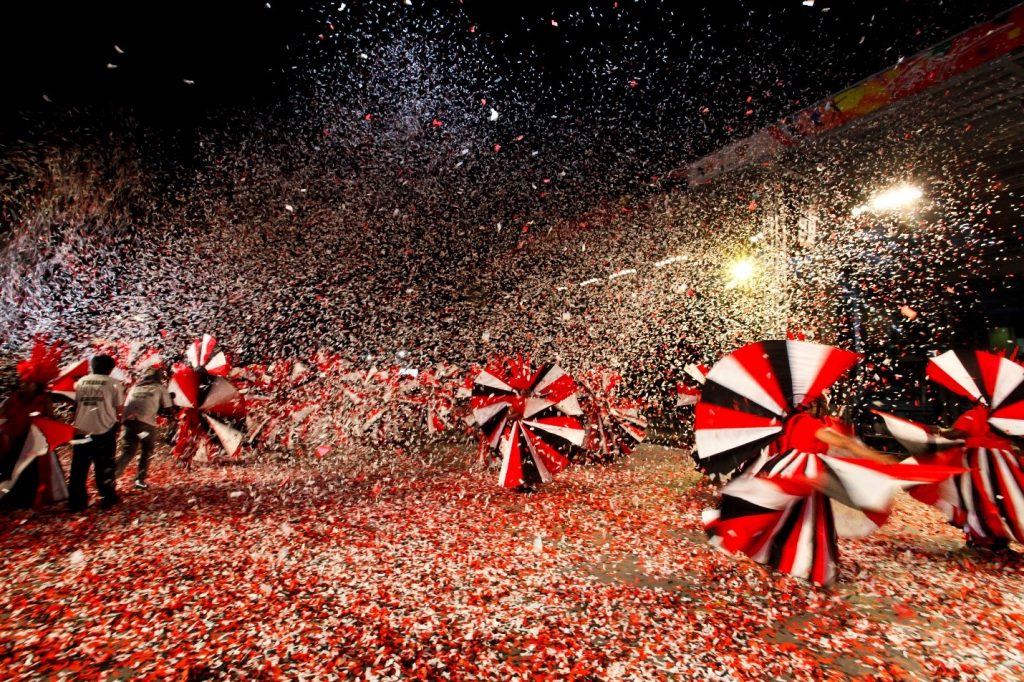 An explosion of color, music, revelry, and creativity, Trinidad’s Carnival epitomizes abandon, euphoria and extravaganza galore. With its massive masquerade bands, spectacular costumes, pulsating music and unparalleled stamina for partying, Trinidad’s Carnival is often described as among the top five Carnivals in the world and the largest in the Caribbean. 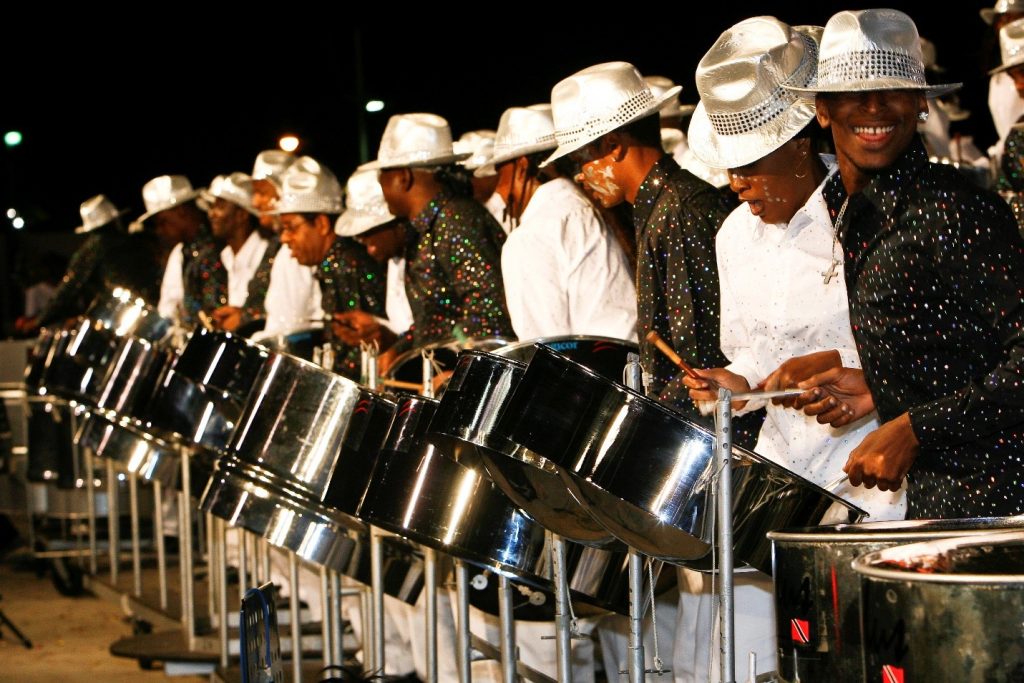 Trinidad’s Carnival is unique. It is shaped by the cosmopolitan mix of people and cultures that shaped the island – Spanish and English colonists, French planters, Africans, and people from India. The music is also different. It is set to the rhythmic and pulsating beats of the indigenous Soca, Extempo Kaiso and Chutney music.

Soca’s fast beats and saucy lyrics are polar to Kaiso or Calypso’s social and political commentary and satirical lyrics sung to ballad style rhythms. And singing Kaiso extemporaneously is truly a feat as rival musicians must improvise entertaining lyrics before a live audience. The musicians are judged on wit and lyrical ingenuity. Chutney music with its infectious rhythm is a mix of traditional folk songs, Soca, and Bollywood from India. Lyrics are sung in Hindi and/or English. 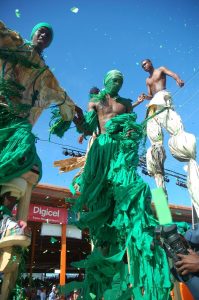 Fueled by exhilaration and the energetic rhythms of Soca music, revelers take to the streets for the pre-dawn party of J’Ouvert on day 1. Bathed in chocolate, mud, oil and paint, bands of revelers depict devils, demons, monsters and imps. Come daytime, the J’Ouvert revelry clears and massive costumed bands of “Pretty Mas” players flood the street in riotous color. A cast of thousands takes to the street “jumping up” and “wining,” which is a gyration of the hips, to the sound of Soca blaring loud from speakers piled on music trucks.

On day 2, thousands of masqueraders and bands in full costume, compete on historical, mythological or tropical concepts. The Champion Band is crowned “Masquerade Band of the Year.”

Port-of-Spain, Trinidad’s 2019 carnival will be held on March 4th and 5th. Festivities can be experienced along Ariapita Avenue or at Jean Pierre Sports Complex, Queen’s Park Savannah, Picadilly Greens, Memorial Park, Victoria Square and Woodford Square. Plan on walking to these locations. It is best to find a hotel in this area and to book in advance. Ariapita Avenue is the country’s busiest avenue, as it’s loaded with restaurants, bars and casinos. You can also join a band and parade with them in a costume, attend one of the numerous private parties called fetes, and attend the various competitions such as the Steelpan competition and the Carnival Kind and Queen’s competition. After carnival, enjoy the ecological beauty, beaches, culture, dining and nightlife of the islands of Trinidad and Tobago. 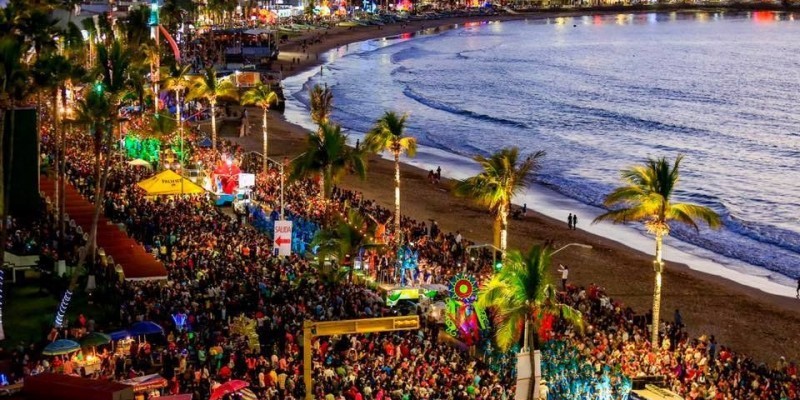 The Mazatlan carnival, started in the year 1898 is the third-largest carnival in the world. To the sound of the indigenous Tambura, a percussion instrument similar to a drum, parades, fireworks, live music concerts, masquerade balls, street food and street parties dot the city, including the oceanfront promenade, a spectacular setting for the festivities. The fireworks are choreographed to light, lasers and music. 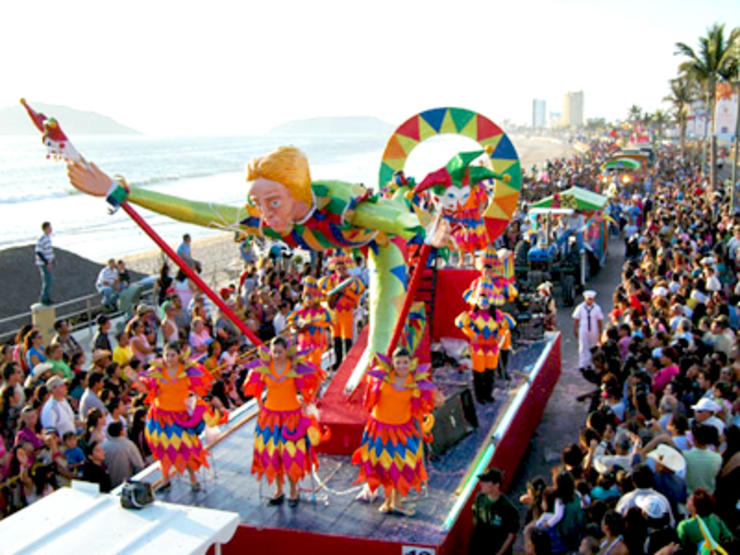 Not only does the Mazatlan Carnival offer a traditional Carnival experience, but it also offers unique rituals. The “Quema del Mal Humor” or the Ritual of Burning Negativity, is the incineration ceremony of a giant puppet. This puppet is sometimes an unpopular public official or a famous person. It is believed this ritual banishes negativity in Mazatlan. 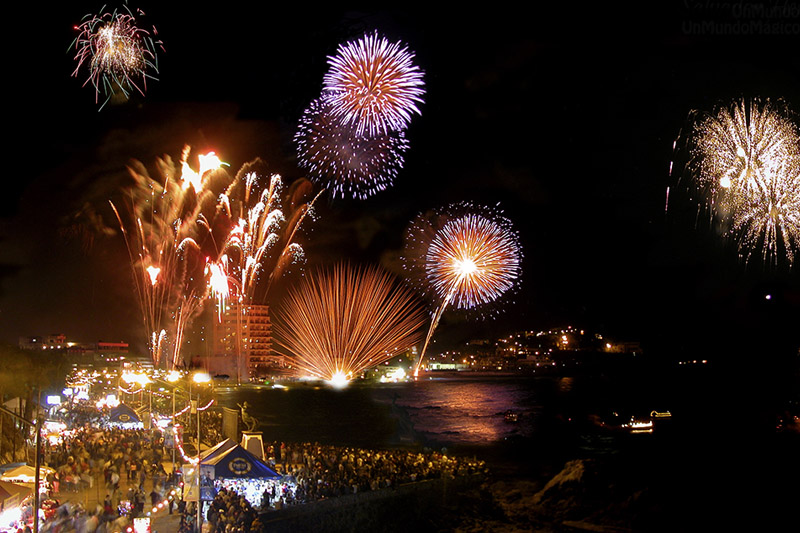 The Mazatlan Carnival also includes crowning ceremonies, a naval battle set to music and the recognition of local artists, writers and poets. Each day of the six-day festival is a feast for the senses.

Mazatlan, Mexico’s 2019 carnaval will be held from February 28th to March 5th. Events are held at various locations, including Avenue del Mar also known as the Malecon, Avenida Camaron Sabalo, Olas Altas and the Teodoro Mariscal Stadium. Plan on walking to these locations. It is best to find a hotel along the Malecon and to book in advance.